Are you also tired of the constant fights over who is right and who is wrong? Especially in the field of religions and belief systems, this fight historically ignited many wars and conflicts. Even today, discussing belief systems is largely considered as a tabu thing – “Shhhh! You might insult somebody’s belief!” And so we live in our boxes, trying to not see other people’s perspectives and overlook the elephant in the room. In this article I want to offer a brief first look at the elephant and start connecting the seemingly distinct.

Sometimes, when you live in a country with a single long-term culture, you can be raised to believe that only one way of understanding our reality is the right one. I had to move to Canada where cultures from all over the world live happily together to notice what I had been missing the whole time. I now have neighbors who are Muslims, Christians, Atheists, etc., all of us are nice people, living on the same street, in the same country, living by the same laws of physics and metaphysics and yet, each of us understands life completely differently. It makes you think – how to see the connection between all these perspectives? … Wait, did I say a word “perspective”? That’s it!

The elephant in the room

In this well known example, imagine many blindfolded people exploring an elephant, similarly as in the picture above. Each blindfolded person is exploring one part of the whole without seeing the whole. Given their experience, they then start arguing about what the whole really is.

Belief systems are not any different

With the picture above in our mind, let’s map the same idea to our belief systems. Here’s another picture:

Each of us has a unique perspective on life, on our reality, how it came to exist and what all the individual parts of the whole are about.

People then keep arguing whether the reality is a triangle, or a square, or a circle etc. Each of them has a direct experience supporting their belief to be true – and rightfully so! Now the elephant in the room that most of the people miss is that they don’t describe the whole, but only the part of the whole.

The “new” paradigm of Unity Consciousness

It has now become more and more apparent that we need to move from the old separation/Duality Consciousness into the “new” Unity Consciousness. Whether you look at the scientific side of things and explore the Quantum Physics, or see your life from the perspective of spirituality or deity, we all describe the same.

In the physics – there is a big bang theory – in other words all there is created from a single point of unity. The quantum physics talks about point of singularity and holographic nature of universe. In many religions, god (single point of unity) created everything in existence. When you have a religion of multiple gods, there usually seems to be a hierarchy of the gods where you can trace it back to some single main one too. The Unity is the key and it’s everywhere.

We all describe the same one thing. We only use different words for it. It is today, 02/02/2020 when I call upon all who read this to deprecate the idea that we are separate. To deprecate the idea that our point of view is somehow better than somebody else’s. I invite you to use all these different perspectives though and include them back into the wholeness, back into the oneness for future generations to learn from.

The Unity is, however, not just the point of the beginning or some single view which would disqualify all the other angles. Unity includes all the unique perspectives in each and every moment. All of them are important and valuable. But the point is to acknowledge this as a fact or at least as a possibility and stop fighting over who is right and who is wrong. Look at the picture again, the object in the middle really does look like a circle from one side and like a square from another. Removing these perspectives would result in a loss of information. So the Unity would represent the entire picture, not just the object in the middle.

As you can see in the pictures above, none of us knows which part of the whole we don’t see while somebody else does! And it’s the beauty of co-creation with others when we can put all our individual puzzle pieces together to learn from our history, acknowledging where we are now and get a clear idea where we need to go next.

PS: I found a nice 2-minute demonstration video by Bashar where he makes the power of a perspective very obvious.

Besides enjoying my events and services, you can also become my Patron or look at other ways how you can support me. 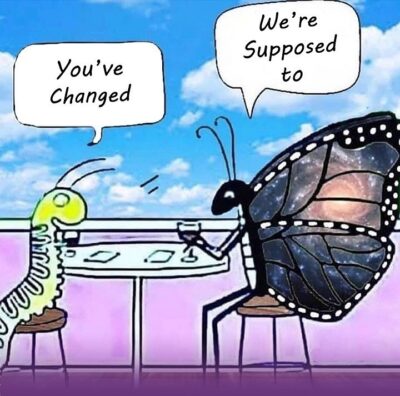